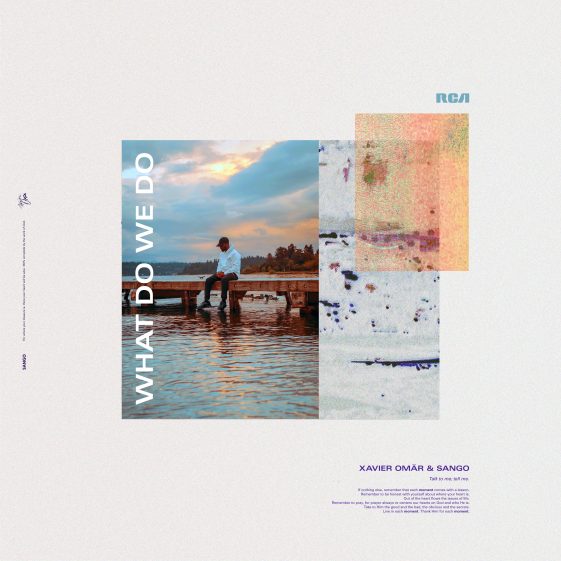 XAVIER OMÄR & SANGO RELEASE NEW SINGLE “WHAT DO WE DO” FEAT. PARISALEXA

FORTHCOMING ALBUM MOMENTS SPENT LOVING YOU DUE OUT OCTOBER 25TH

TICKETS ON SALE NOW FOR “THE HOT JAVI” TOUR

(Los Angeles, CA – October 11, 2019) – Xavier Omär & Sango release their new single “What Do We Do?” feat. Parisalexa via RCA Records. Listen HERE. “What Do We Do” is the latest offering from their forthcoming album Moments Spent Loving You which will be released on October 25th. Last month Xavier & Sango reunited to release “Thief,” the first taste of music from Moments Spent Loving You – which led HOTNEWHIPHOP to declare them a “unique knockout.” Check out “Thief” HERE.

R&B singer/songwriter, Xavier Omär released his debut studio album Bonfire in 2014. After changing his name in early 2016, Xavier released his EP with producer Sango titled Hours Spent Loving You followed by The Everlasting Wave that features his standout single “Blind Man” which garnered over 50M US streams. Pink Lightning, his latest release, came out this past November. Xavier Omär grew up in a military family, moving across the country to places such as San Antonio and as far as Japan, but he claims San Antonio as his home. His mother and siblings sang and played drums and piano, and his father was a writer, producer and the minister of music at church. He wrote and produced his first song at 12 years of age, recording it in his basement on a 4-track tape recorder. In his writing, he draws inspiration from artists of all genres, including Pharrell, James Blake, and The 1975. Earlier this year he toured with NAO on her North American Tour and recently wrapped up his headlining European Tour. Xavier has over 90M US streams across all platforms and has over 1M monthly listeners on Spotify. He’s looking to the future with his latest release “Thief” (with Sango) and his newfound home at RCA Records.

The Seattle native, Parisalexa, is a singer, songwriter and producer who continues to forge her own genre of R&B-tinged pop music. Although she just turned 21 years old, Parisalexa has been making undeniable strides for her music career with hit singles like, “Water Me.” Most recently, she appeared on NBC’s latest reality show/music competition series, Songland, where the winners get their song recorded by guest artists including John Legend, the Jonas Brothers and will.i.am.