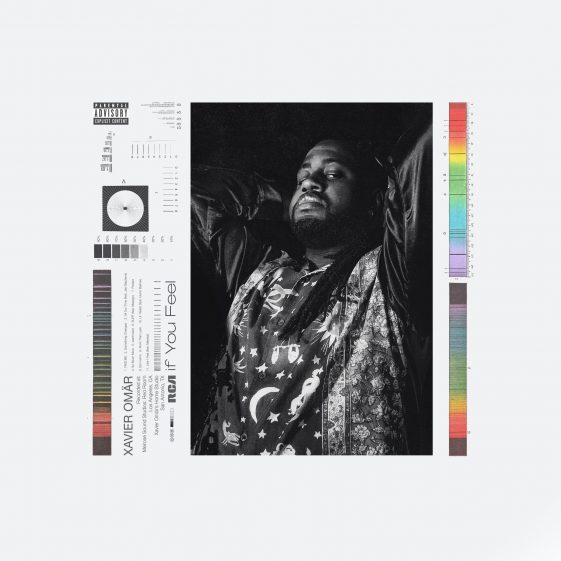 Stream ‘if You Feel’: https://smarturl.it/ifYouFeel

‘if You Feel’ album artwork

“SURF” is a slinky, post date night jam that makes the most of a cheeky ocean metaphor and shows both Omär and Masego at their best. The video, which features more of Omär’s lighthearted surf euphemisms, offers fans a rare peek into the R&B trailblazer’s goofy side.

Omär began recording ‘if You Feel,’ in February of this year, on the heels of an early first-anniversary celebration with his wife. The 11 track collection explores Omär’s contrasting journeys through love, inner turmoil and religion – coming to fruition where the three meet. Beginning with “FIND ME,” a propulsive, four-on-the-floor expression of confidence, and ending with the serene melodies of “Like I Feel,” the album wades into new territories for Omär while further proving his R&B prowess. Features from rising stars (Mereba, Jae Stephens, Melanie Faye) and seasoned artists (Masego, Sango, D’Mile) alike help Omär craft the full mosaic of ‘if You Feel.’

“Love is prevalent in my life, but there’s a myriad of things I have not dealt with internally” Omär explains. “This album means finding a moment for every emotion I may have, whether in love, friendship, or how I feel about myself, and allowing myself to fully feel that emotion even if it’s negative. If I’m able to feel then I need to feel the fullness of each emotion to either keep it with me or learn from it.”

‘if You Feel’’s three pre-release singles have been making steady waves for the R&B crooner’s new album. Okayplayer called “Like I Feel” “ivory-flecked and immersive,” and Soulbounce hailed “All Our Time” as a “chill kickback track” for those missing their friends and family during quarantine. Meanwhile, “So Much More,” Omär’s debut single off the LP was dubbed “wedding song of the year” (Rated R&B).

IF YOU FEEL TRACKLIST

Born into a musical family, Xavier Omär is no stranger to the wide spectrum of emotions that makes music so powerful. His sound harkens back to the smooth R&B of the 90’s and early-aughts and he cites TLC, Destiny’s Child, Mariah Carey, 112, Brandy and Dru Hill as formative acts that made him understand what the genre is capable of. A former collaborator with other talents like Noname and Sango, Omär’s musical maturity reaches new heights with every release.

Omär’s last project, 2019’s ‘Moments Spent Loving You,’ was a collaboration with Sango that followed Omär’s smash hit “Blind Man” (over 70M+ streams) and his previous full-length Sango collaboration, 2016’s ‘Hours Spent Loving You.’ In 2019, Omär headlined numerous shows and toured with NAO across North America. Omär has over 258M+ worldwide streams and has over 1M+ monthly listeners on Spotify.

“ soulful, gospel-inspired melodies tweaked with just a pinch of bubbly and a dash of bass”