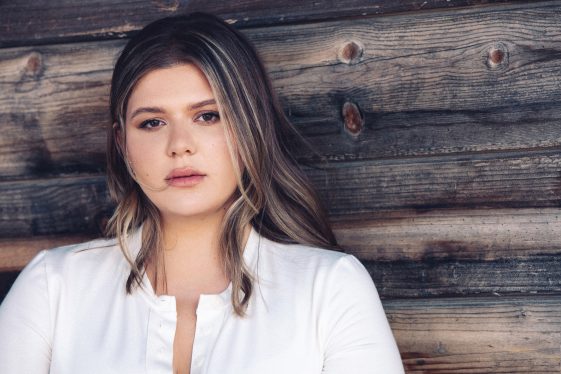 Listen To Her Interview on The Zane Lowe Show On Apple Music 1: HERE

“The incredible Yebba talk about the return with ‘October Sky’ and all things music, a true artist…’October Sky’ – That song makes me cry every time in a beautiful way…Yebba – It’s that voice. She is real truth through an artistic spirit… incredible… amazing.” – Zane Lowe

(Interview begins at the 30 min. mark)

Read What the Press is Saying about Yebba’s “October Sky”

“Yebba’s voice is folky and musing, with lyrics that cut into the heart the way she delivers them.  (“October Sky”)… a moving single and we’re excited to see what her full debut album, Dawn, will feel like.” – Teen Vogue

“Imagine Joni Mitchell doing madrigals and you have the idea of what this song sounds like. Add to that one of current pop’s most beautiful voices – seriously the Arkansan could sing the times tables and break your heart.” — The Times (UK)

“Incredible vocal talent…Yebba, used this opportunity (“October Sky”) to focus in on a nuanced, nostalgic track that showcases her control…” – Earmilk

“A work of art like this deserves light and shade… soulful vocal style …superb vocal runs. The key to this song is the lyrics, which poetically paint a portrait of family, love and loss….’There’s a picture of us, in a layer of dust, on the mantel, right by my cigarettes that I smoke since you left, cause you said you had to fly… in your October sky.’ This line is so cool, yet so gut wrenching, that it needs to be printed on canvas and displayed in New York’s Museum of Modern Art, where it belongs. ‘October Sky,’ is a modern masterpiece, it’s a unique message in a bottle, floating in the sea, just waiting to be discovered by the masses that both need & want something authentic and resonant to hug & cherish.” – Music Talkers

(New York — June 17, 2021) Today, Yebba released a lyric video for the song “October Sky” – watch it HERE. The song premiered on Friday along with an acoustic performance video, to critical praise and love from artists like H.E.R., Justin Timberlake, Brandi Carlile and Mark Ronson, who produced “October Sky” and executive produced the album.

Over the weekend, Ronson shared a beautiful, heartfelt post about working with Yebba and called the song “one of the most gorgeous, heartbreaking, perfect vocals I’ve ever recorded. And the song itself is a 10/10.”

“October Sky” was written by Yebba and produced by Mark Ronson. Other musicians on the track include Questlove on drums, Pino Palladino on bass, Charles Myers on acoustic guitar, James Poyser on keyboards with James Francies on piano and keys, who also arranged & conducted the strings.

Previously released single “Distance” also featured on Dawn was nominated at the 2021 Grammys for “Best Traditional R&B Performance,” was included on Barak Obama’s annual playlist,  and received stellar critical praise. Clash raves: ‘Distance’ is a phenomenal exhibition of Yebba’s dramatic vocal ability.”  Rolling Stone concurs “Yebba delivers a characteristically stunning vocal performance,” Idolator declares it “truly divine,” and NPR calls the song “the ultimate exercise in restraint. Fully aware of her ability to vocally run circles around any production, she matches the tenderness of the orchestration and lyrics.” Okayplayer continues “At just 25 years old, Yebba has become an acclaimed vocalist due to her unforgettable sound.”

Yebba paused on releasing her debut album Dawn during the summer of 2020. The album title has dual meaning — Dawn is the name of Yebba’s mother who she lost to suicide. Dawn also refers to the first glimpse of light in the sky after the darkness of night, offering a radiant sense of possibility with her debut album.

Most recently, she collaborated with Lucky Daye on “How Much Can A Heart Take.” Watch their appearance last month on Jimmy Kimmel Live! HERE.

The 26 year old soul singer, songwriter, arranger grew up singing and listening to gospel music, along with arranging and music directing choirs in her hometown of West Memphis, Arkansas. She released her breakthrough video for “My Mind” in 2016. Soon after, she released her first single “Evergreen,” instantly captivating a passionate fan base leading to support and collaborations, including her 2019 Grammy-winning performance with PJ Morton on “How Deep Is Your Love.” This collaboration resulted in her first GRAMMY award for Best Traditional R&B Performance.

Yebba has been a go to collaborator for a-list musical talent. She has performed and collaborated with A Tribe Called Quest (“Melatonin”), Stormzy (“Heavy Is The Head”), Ed Sheeran (“Best Part of Me”), The Robert Glasper Experience (“Fuck Yo Feelings”), Mumford and Sons (“Beloved”),Sam Smith ( “No Peace”), Chance The Rapper(“Same Drugs”), and was the featured vocalist on three tracks from Mark Ronson’s latest studio album Late Night Feelings (“Don’t Leave Me Lonely,” “Knock Knock Knock” and “When U Went Away.”)

All I Ever Wanted