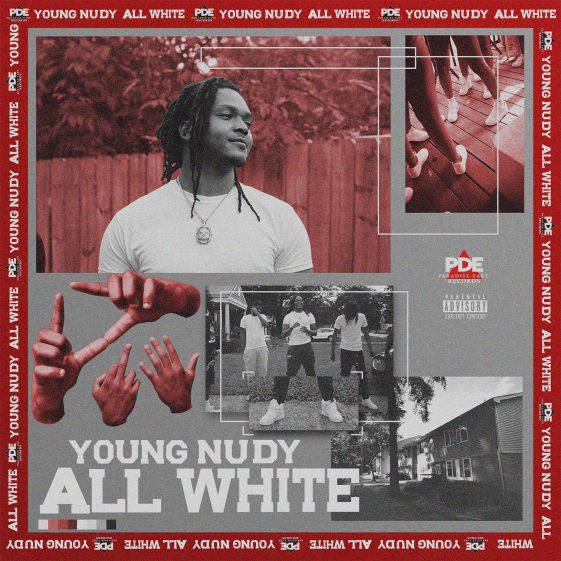 Young Nudy Returns With New Track And Video For “All White”

YOUNG NUDY RETURNS WITH NEW TRACK AND VIDEO FOR “ALL WHITE”

“flooding the game with what we’ve been missing”

“All White” is the first release from the rapper following his critically acclaimed project from earlier this year, Anyways, which included the standout “Blue Cheese Salad.”

2019 proved to be a breakout year for Nudy. Sli’merre, his collaborative album with Pi’erre Bourne, was released to critical acclaim, with Pitchfork writing, “In an era when so many rappers just show up and are suddenly stars, Nudy’s rise over the last four years has been refreshingly organic.” He was also featured on two songs from Dreamville’s Grammy-nominated album Revenge of the Dreamers, “Sunset” and “Down Bad”, the latter of which earned Nudy his first ever Grammy nomination for Rap Song. He also joined 21 Savage on his extensive I Am > I Was North American tour earlier in the year.

Young Nudy continues his ascent in the hip-hop scene with each new release and “All White” is no exception. Listen/Watch and keep an eye out for more on Nudy coming soon.

Keep up with Young Nudy: