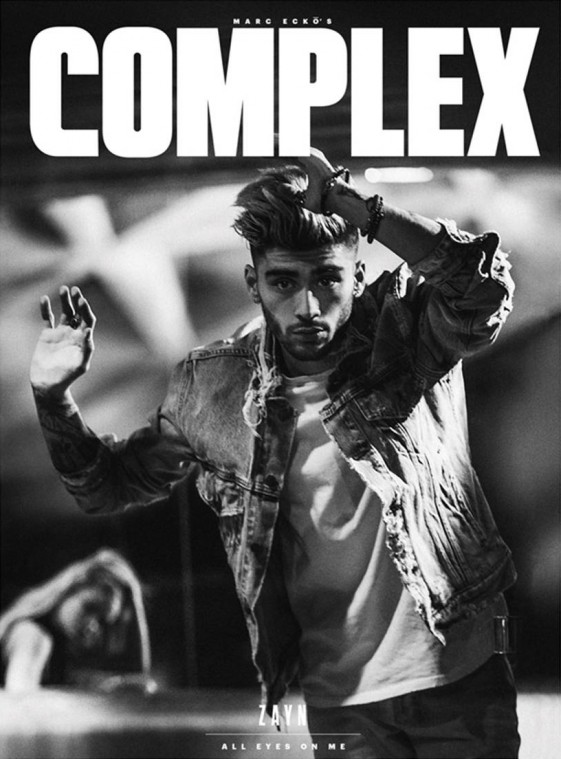 It’s half past five on a balmy February afternoon in Beverly Hills, the time of day when the light streaks in horizontal, mingling with the smog into a dull, carroty glow that makes normal folks look beautiful, and beautiful folks look ethereal. Zayn Malik, 23 years old, slices through the glow and into his dressing room, the door of which is manned by a middle-aged bodyguard named Max. He’s finishing up a photo shoot at billionaire businessman James Goldstein’s mansion, a 4,500 square-foot architectural masterpiece built by John Lautner that’s made up of glass walls and poured concrete, and sits atop the Benedict Canyon enjoying the best views the city of Los Angeles has to offer. Millions of young people around the world define their lives around this man, so I’ll do it, too: We’re currently living in the Zayn A.D. era—after One Direction. Last March, Zayn announced his retirement from the group, making some off-handed statements to the press about refocusing on his private life. It was a move that launched a thousand hashtags and memes, instantly breaking the hearts of countless “Directioners,” but, for Zayn, it was necessary. Feeling creatively stifled, with indifference no longer an effective coping mechanism, he cut the cord and returned home, spending a few weeks with his mom and plotting his next move. A solo one.