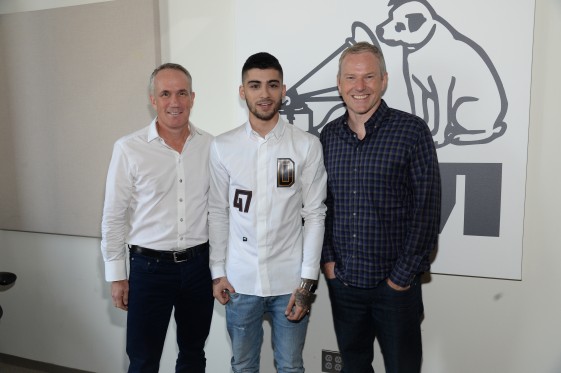 Simon Cowell of Syco Music says: “With RCA, Zayn has the perfect label to work with on his solo career. They are excited about working with him and I am sure whatever they release together will be special.”

Comments Peter Edge and Tom Corson of RCA: “Zayn’s a genius songwriter with an incredible voice, and we are proud to have him join our roster of iconic superstars. We are thrilled he has entrusted us to deliver his personal artistic vision to millions of his fans across the globe.”

In March of this year, Zayn announced his departure from One Direction, currently the world’s most successful group, having sold more than 54 million albums worldwide.