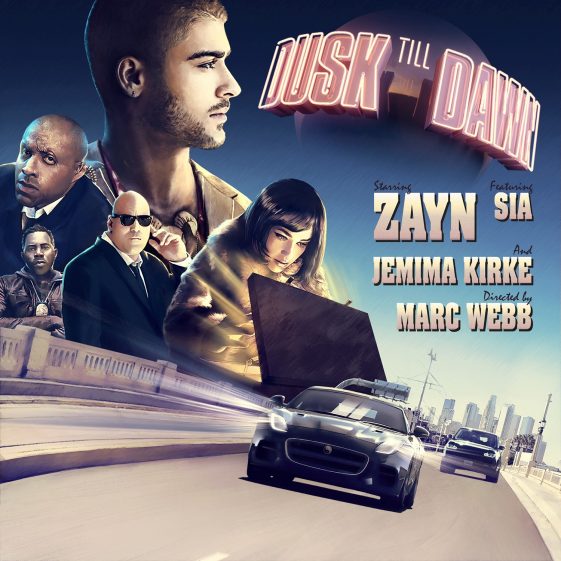 (500 DAYS OF SUMMER, THE AMAZING SPIDER-MAN)

HERE TO WATCH IT NOW

(New York- September 7, 2017) ZAYN has released “Dusk Till Dawn,” the first single off of his upcoming second album on RCA records featuring fellow superstar artist Sia. The song opens with a brooding vocal from ZAYN before building to a huge chorus that highlights and unites each of their iconic voices. ‘Dusk Till Dawn’ was co-written by ZAYN and Sia with Greg Kurstin, who also produced the track. The video for the track was directed by Marc Webb, known for his work directing the Marvel series The Amazing Spider-Manand cult-classic 500 Days of Summer, and stars actress Jemima Kirke alongside ZAYN himself. You can watch it here:http://smarturl.it/DTDV

ZAYN began teasing the track on Instagram in a thank you message after winning the VMA for “Best Collaboration” for his track with Taylor Swift, “I Don’t Wanna Live Forever.” He revealed a follow up teaser this past Friday that fans had trending across social media throughout the weekend in anticipation of today’s release.

“Mind of Mine,” ZAYN’s debut solo album, was released last year and instantly became a #1 global hit. “PILLOWTALK,” the album’s first single, saw ZAYN become the first British male to gain a #1 in both the UK and US with their debut track. Since his debut, ZAYN has won “New Artist of the Year” at the American Music Awards, “Top New Artist” at the Billboard Music Awards, “Best Solo Breakout” at the iHeartRadio Awards, and “Choice Music Breakout Artist” and “Choice Summer Music Star: Male” at the Teen Choice Awards.