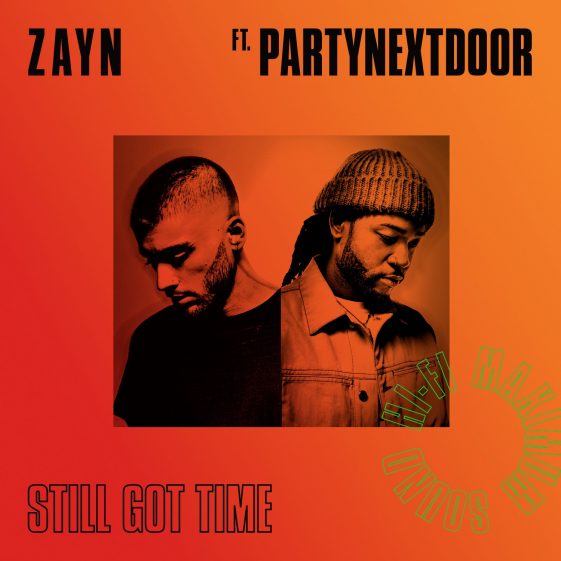 “Still Got Time” comes out almost a year to date from the release of “Mind of Mine,” ZAYN’s critically-acclaimed and record-breaking debut album. With “Mind of Mine,” ZAYN became the first male U.K. solo artist to debut at #1 with their first album on both the U.S. Billboard Top 200 chart and the Official U.K. Albums chart. ZAYN is also the first U.K. act, solo or otherwise, to debut at #1 on both the U.S. and U.K. charts since 2009.

2016 proved to be a year of huge success for ZAYN. He scored two of the top 5 biggest first week debuts of 2016 with “PILLOWTALK” and “I Don’t Wanna Live Forever (Fifty Shades Darker).” “PILLOWTALK,” ZAYN‘s first single off of “Mind of Mine,” quickly soared to #1 on Top 40 radio chart and debuted at #1 in 68 countries, as well as becoming the fastest track by a debut artist to reach #1 worldwide on Spotify.  In 2016, ZAYN was also awarded “New Artist of the Year” at the American Music Awards, voted by his fervent fan base. His solo debut ignited collaborations with creatives from across the globe including the esteemed fashion house Versace, iconic artist M.I.A. (“Freedun”) and superstar Taylor Swift (“I Don’t Wanna Live Forever (Fifty Shades Darker)”).

Now, “Still Got Time” is the first single from his highly anticipated second studio album, due out this summer.

Get it on Amazon Music: http://smarturl.it/StillGotTimeAmz

Get it on Google Play: http://smarturl.it/StillGotTimeGP