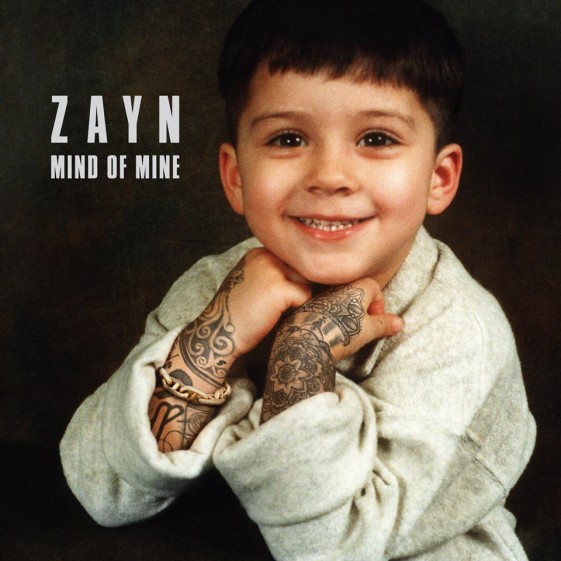 ZAYN ushered in MIND OF MINE’s release date with a debut performance of “LIKE I WOULD” on The Tonight Show Starring Jimmy Fallon, and continued the celebration Friday evening with an intimate live performance of new tracks “tRuTh,” “LIKE I WOULD” and “iT’s YoU” on the Honda Stage at the iHeartRadio Theater.

“His range and vocals shine, from the clipped phrasing of “She” to the booming falsetto belt on “Befour.” -Rolling Stone

“It’s You” is an elegant whisper of a love song, part mellow soul burner and part post-Coldplay melancholia.” – NY Times

“Befour,” “TiO,” and “Like I Would” lean headfirst into sleek, Weeknd-style hedonism; “Wrong Place” slips in an early-2000s Usher moment; and the falsetto seduction “Bordersz” could be vintage D’Angelo.” – Entertainment Weekly

“Now, with the release of his debut, “Mind of Mine” (RCA), exactly one year after he left the band, Malik’s move seems nothing short of brilliant.”  – Newsday

“…it’s been created with love rather than with an eye on ticking boxes. You sense he’s had enough of the latter to last him a lifetime.” – The Guardian

“Zayn has officially launched his solo career, and it will be fascinating to see how he evolves.” – The Source

“With so many hits on one new album, you won’t be able to get Zayn’s smooth voice out of your head for a while.” – InStyle

“Mind of Mine is a new beginning for him, and with this opportunity, he has taken the time to create music that is an authentic representation of the artist he truly, deeply wants to be.” -NYLON

“The most striking song — and the one that suggests the most interesting direction for the future of Zayn’s sound — is actually an interstitial called “Flower,” a simple but hypnotic love song sung in Urdu.” – Vulture

“…the whole effort is so tightly knit that it’s difficult to imagine this not all coming from one person’s “mind.”  Front to back, even as he flits between slow ballads and thumping club jams, the album appears to be almost seamless in its cohesion.” – Flavorwire

“He has a powerful voice, a knack for big hooks…”– Consequence of Sound

Buy/Stream MIND OF MINE

iT’s YoU (Live From iHeart):http://smarturl.it/ZAYNIYiH