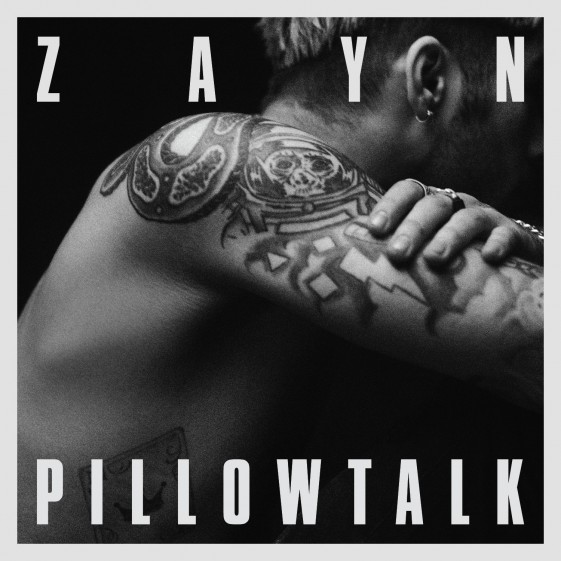 PRESS ARE RAVING ABOUT ‘PILLOWTALK’

” He just released the video for his first single, “Pillowtalk,” and the sultry R&B slow-jam offers a lot of what you wouldn’t find in a One Direction video…if the rest of the album delivers on the promise of this first taste, we won’t be talking about his 1D ties for much longer.” – Time

“[Zayn Malik] has just proven with a single song and video exactly why leaving was the right idea. “Malik demonstrates a mastery on modern R&B within seconds. There’s passion in his voice, an instrument unencumbered and unshaven for the first time, really; glossy production courtesy of MYKL and Levi Lennox; and mature lyricism that doesn’t ever fall into the dangerous post-child star, “I’m an adult and I can swear now” doldrums that bog down so many young singers. The video itself is worthy of the accolades it’s already received; starring supermodel and Malik’s rumored girlfriend Gigi Hadid…it’s an expertly shot art film with the shiniest visual effects a record label keen on distinguishing a solo artist from his former bandmates can throw at a director” – Spin

“…imagine the decadent sultriness of the Weeknd minus the drugs and shame – it is relatively safe in the realm of modern pop (but perhaps the eeriness of Rihanna’s Anti has distorted my expectations of pop.) With its moody passion and theatrical interpretation of intimacy and romance, Pillowtalk wouldn’t be out of place on the Fifty Shades of Grey soundtrack…[the visual is] a slow, minimalist and lusty explosion of testosterone, a fountain of champagne and dodgy aftershave. It is a deliberate – and understandable – step into a more austere artistic guise. He is a verified adult, an adult with adult urges, volatile emotions and a girlfriend who cries tears of blood…” – The Guardian

““Pillowtalk,” eclipses all expectations for just how libidinous his music could be. The loud, sexy track has F-bombs and heavy beats galore, but Zayn’s vocals stand front and center, shining on one hell of a towering chorus.” – MTV

“It’s a sleek, immaculately constructed piece of moody, post-Weeknd R&B, which is pretty much what you’d expect from this guy. ” – Stereogum

“It does the job right, showing off that Zayn is no longer the kid who was in One Direction, instead an adult who wants to tackle the appropriate themes to his age, and a sound that totally fits him.” – Noisey

“It was expected that Malik—now known as just ZAYN—would take a more mature approach post-One Direction, but he really proves it with a new electro-meets-R&B sound (think Justin Bieber’s Purpose transformation) and suggestive lyrics (including an F-bomb in the chorus), topped with his already sultry vocals. The visuals are dark yet psychedelic, with kaleidoscopic images of nearly-nude models alternating between clips of Malik and Hadid kissing—and crying tears of blood.” – Bazaar

‘”Pillowtalk” is a grandiose, oozing slow jam, and the video is basically a window into what Malik and Hadid do behind closed doors. It’s a bold statement from an artist who clearly wants to distance himself from his Tiger Beat past… Zayn needed to make an entrance that no one would forget. And, while he definitely accomplishes that here, let’s hope his upcoming debut solo album Mind of Mine embraces that quiet mystery that made him cool in the first place.” – Nylon

” That beat. That voice. Those lyrics. Zayn, we’re blushing.”
“ The whole thing is as gorgeous as it is futuristic, with lush imagery and awesome special effects. The bloody tears and the, uh, symbolism are all far cries from ZAYN’s former music videos with One Direction, but everything works here. We just can’t get over that kiss. That makeout session. Zigi is real. Zigi lives.” – Teen Vogue

“”Pillowtalk” Is Here, and It’s Really F*cking Good! At midnight sharp EST, Zayn Malik released his new single “Pillowtalk” — and it’s fitting, perhaps, because we all want to go to sleep humming along now to the track now, because it’s late. Also, dreaming of Zayn maybe/probably? Because after all, “In your bed all day, bed all day, bed all day” is just one of the lyrics. ” – Cosmopolitan

“In the ballad, Zayn goes from crush-worthy lines like, “I love to wake up next to you,” to really turning up the heat by referencing certain bedroom activities. In the chorus, he refers to the shared bed as “a paradise and a war zone.” The sexy video to accompany the provocative song stars Gigi Hadid in a series of steamy scenes. Okay, Zayn, we see you.” – Complex

“With “Pillowtalk,” Zayn makes his bid not only as a viable artist outside of One Direction, the band he quit just 10 months ago, but also as a swoon-worthy crooner setting up stakes on the same block where Miguel and Frank Ocean live in music land.” – Idolator

“The song is a downtempo electronic affair which sounds much more R&B than the pop/rock that the singer peddled during his years in One Direction. “Pillowtalk” is decidedly grown up, complete with plenty of x-rated words and adult imagery and themes. This isn’t another simple tune about broken hearts; it’s about love being both a paradise and a warzone. The song may be about similar situations, but Zayn is feeling—or expressing—things differently now. Artistic and beautiful, the video comes complete with flowers, a beautiful woman, and a healthy effects budget. The dripping, trippy visuals match the rock and roll energy of the song perfectly, with the viewer spending as much time with guitars being smashed as they do with Zayn crying black tears.” – Forbes

“The song is reminiscent of the echoing, pop-R&B production found on Justin Bieber’s Purpose, and is certainly different from Malik’s output during his 1D days.The video stars his rumored girlfriend, model Gigi Hadid, and sees the pair all over each other as kaleidoscopic effects take them in and out of “paradise” and “the war zone.” – ET

“The wait is over! Zayn Malik‘s first single as a solo artist has finally arrived and is undoubtedly well on its way to becoming a chart topper. “There aren’t any crazy beat changes or drops. There aren’t any insane vocals. It’s steady. It’s smooth. And it’s super sexy. As for the music video, well, you’ll be talking about that, too, because it’s not only extremely seductive, but it’s very artistic.” – Entertainment

“Musically, you can hear a pseudo-Weeknd vibe in Zayn’s music, and it’s clear he’s going for that PBR&B sound that music critics positively adore. It’s also undeniable that Zayn was always the best singer in One Direction, and his smoky vocals and high soaring range blend in well with this genre of music. It’s a better fit for his personal style than 1D ever was.” – Music Times

“…the quite enjoyable and distinctive “Pillowtalk” (which already has ascended to the No. 1 spot on iTunes)—and also released the accompanying video, which stars Hadid.”– Vanity Fair

“”Pillowtalk” goes for a more mature look and sound, with cool kaleidoscope effects, crying flowers, the occasional swear, almost-NSFW crotches, and a very big smooch with Gigi Hadid. Basically, the artful visuals, directed by Bouha Kazmi, are a paradise and a war zone. And the R&B-tinged earworm is the catchy enemy and ally of a debut you might have been hoping for.” – Vulture

“…a study in dreamy kaleidoscopic effects – when it’s not featuring the beautiful couple smooching at every angle.” – The Wall Street Journal

“The video, directed by award-winning filmmaker Bouha Kazmi, has more of an R&B vibe than the pop-heavy one we’re used to hearing from One Direction.” – InStyle

“As star vehicles go, this song announces Malik as a major vocal talent. His voice is effortlessly huge and the beat mainly stands behind it, letting him do his thing.” – Refinery29

“PillowTalk” is a sexy, engrossing R&B track that sounds completely removed from Zayn’s 1D days. F-bombs are dropped, beats stutter, and the singer’s voice is front and center: “I love to hold you close, tonight and always/I love to wake up next to you,” Zayn sings before the towering chorus returns.” – Fuse