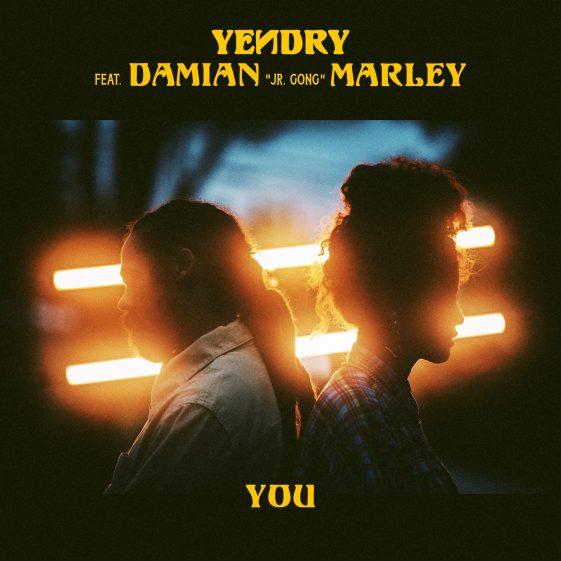 The singer-songwriter is making a name for herself delivering eclectic music influenced by the different sounds and her bicultural experience.” – Billboard

“YEИDRY makes a vivid entrance into the pop arena…[her] vibe is magnetic.”  – Pitchfork

“YEИDRY is as authentic as it gets.” – Harper’s Bazaar

“Staying true to her eclectic roots, one that infuses sounds from her bicultural upbringing, she reclaims her divine power.” – Remezcla

(August 6, 2021) Critically acclaimed rising pop star YEИDRY releases her latest offering and debut English single “YOU” featuring Grammy winning reggae legend Damian “Jnr Gong” Marley. The track was produced by Marley and 3x Grammy winning Jamaican producer Sean “YoungPow” Diedrick, a long-time collaborator of Damian and Stephen Marley. “YOU” is the 6th single by the Dominican-Italian songstress who once again upholds her undeniable talent through her musical versatility and lyrical prowess, reaffirming she is doing music on her terms flawlessly flowing amongst genres and in between languages.

“The song ‘YOU’ reveals the first steps of a love story. The intriguing part versus the fear of falling in love with someone who isn’t necessarily good for us,” explains YENDRY.

The visuals were shot and directed by Kieran Khan (Cardi B, Sean Paul, Buju Banton) and filmed Miami, FL.  The video opens with a night shot of YENDRY and Damian with their backs pressed up against each other and facing opposite directions and going in circles as they croon the lyrics. The visuals then follow her as she enters Damian’s house and experiences the whirlwind of emotions that comes with every love story.

YENDRY will be making her debut at a major U.S. festival this fall performing at Austin City Limits on Saturday October 3rd at Zilker Park in Austin, TX on the BMI Stage. Stay tuned for more major news and collaborations from YENDRY coming soon!

Keep Up with YEИDRY: