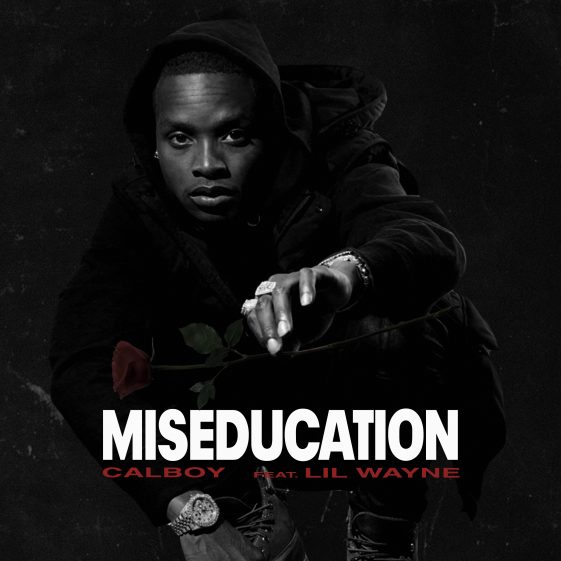 Written from the third person’s perspective, “Miseducation” describes the gun violence in the inner cities. In just the last year, Calboy has lost six close friends to gun violence, including KJ Balla. The title of the track comes from the 2020 XXL Freshman inductee’s admiration for Lauryn Hill’s album The Miseducation of Lauryn Hill and further, the miseducation he experienced growing up with street politics and street justice as a way to resolve conflict.

This past year Calboy released his project Long Live The Kings – the name honoring and paying tribute to his fallen friends. Including the deluxe version, the projects features heavy hitters like Lil Baby, King Von, Polo G, Yo Gotti, Fivio Foreign, G Herbo and Lil Tjay. Currently, Calboy has garnered over 1.65 billion streams worldwide across all platforms, with both versions of Long Live The Kings combined having over 183 million of those streams alone.

Born and raised in Chicago, Calboy, a self-taught artist/rapper/songwriter, started making rap music at the age of 12, influenced by the sounds of drill heroes like Lil Durk with poppier fare like Ed Sheeran. Profiled as one of Billboard‘s 2019 Chartbreakers, 2019 was a banner year for the burgeoning star with his breakout hit “Envy Me” reaching 4x Platinum certification by the RIAA and hitting #34 on the Billboard Hot 100. “Envy Me” has been streamed and viewed over 1 billion times and counting. Signed with Polo Grounds Music/RCA Records, Calboy released his debut project Wildboy in May 2019. The now RIAA-certified Gold project boasted features from Meek Mill, Young Thug, Lil Durk, Yo Gotti and more. His track “Chariot” featuring Meek Mill, Lil Durk & Young Thug off the 2019 project is also RIAA-certified Gold.

Initially released in February 2020, the deluxe version of Calboy latest project Long Live The Kings –  the name honoring and paying tribute to his fallen friends – was released in July 2020 and features Lil Baby, King Von, Polo G, Fivio Foreign, G Herbo, Lil Tjay and Yo Gotti. Currently, Calboy has garnered over 1.65 billion streams worldwide across all platforms, with both versions of Long Live The Kings combined having over 183 million of those streams alone. He also delivered high energy performances on tour with 21 Savage and Kodak Black as well as playing festivals including Rolling Loud Miami, Rolling Loud Bay Area, Rolling Loud LA, Lollapalooza and more. Aside from music, he’s an artist – specifically he loves to paint – and is also an advocate for mental health and gun violence issues.