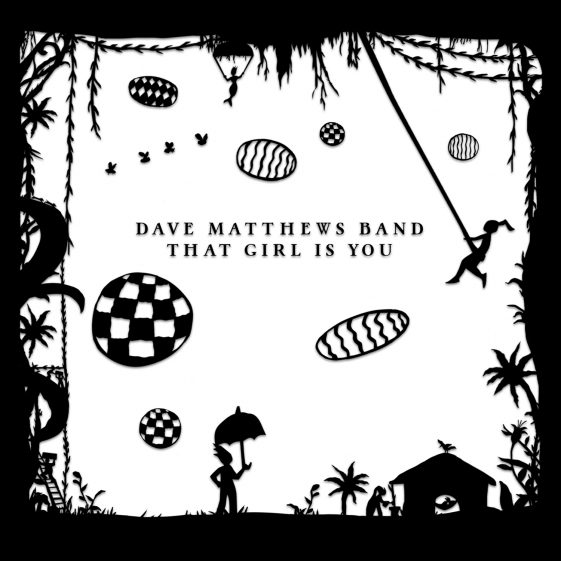 Today, Dave Matthews Band shared “That Girl Is You,” a funky, exuberant track from the forthcoming studio album, Come Tomorrow. Penned by Matthews, “That Girl Is You” was produced and engineered by Rob Evans and recorded at The Church in Seattle, WA.

Download / stream “That Girl is You” HERE and view the animated visualizer, based on album art by Béatrice Coron, HERE.

The pre-order is underway for Come Tomorrow, which is set for June 8 release on RCA Records.  Fans who pre-order the digital album will instantly receive “That Girl Is You” plus the first single, “Samurai Cop (Oh Joy Begin).” A white vinyl, 2-LP edition of Come Tomorrow is available for pre-order exclusively through the Dave Matthews Band and Warehouse Official Stores.

In a review of “Samurai Cop (Oh Joy Begin),” People said, “Matthews’ vocals sweep you into a carpe diem fury. Accompanied by Carter Beauford’s thrumming snare and Tim Reynolds’ haunting guitar riffs, the front-man reminds us ‘Let’s not forget these early days / Remember we began the same / We lose our way of fear and pain / Oh joy, begin.’ “SPIN praised the “anthemic” song and Billboard declared it “a plea for unity.”

The band is previewing songs Come Tomorrow during its North American summer tour, which comes to Atlanta’s Cellairis Amphitheatre at Lakewood tomorrow. In a review of the opening night at Cynthia Woods Mitchell Pavilion in Texas, the Houston Chronicle said, “DMB still has it in all the right places and Matthews’ voice has only grown more soulful with the years…[Carter] Beauford, always an awe-inspiring drummer to behold, was firing on all cylinders Friday night in the pocket with [bassist Stefan] Lessard.”

The extensive run includes two-night stands in Denver, CO and West Palm Beach, FL, and the band’s traditional three-night, Labor Day weekend run at The Gorge in Quincy, WA. It will wrap up on September 10 with a sold-out show at the Hollywood Bowl in Los Angeles, CA. See below for itinerary. Tickets can be purchased now at http://davematthewsband.com.