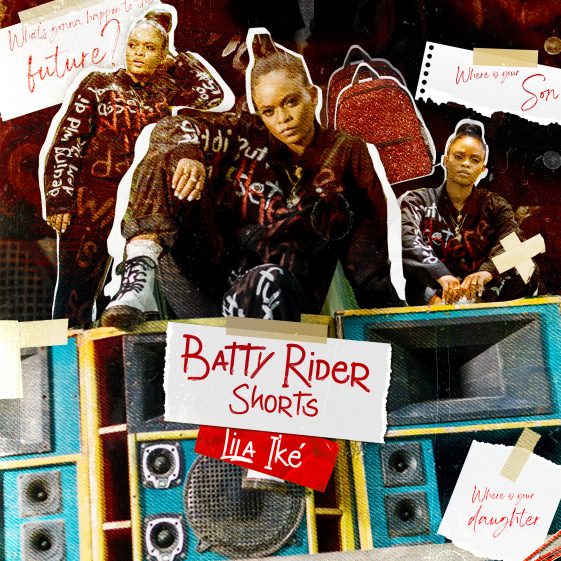 (New York – July 29, 2021) Lila Iké continues to turn heads as one of the most promising stars. The fast-rising songbird hailing from Jamaica unleashes her first single “Batty Rider Shorts” since the release of her 2020 debut EP The Experience. The powerful song (produced by Ziah .Push) carries an important message of responsibility to protect and nurture our youth.

“Batty Rider Shorts” addresses child sex trafficking and pedophilia, a recurring issue worldwide, but one particularly close to Lila’s heart as it has been ravaging her native country. There has been an alarming rate of missing young girls, murder, rape and reports of child molestation over the past year alone.

The singer, who is known for her genre-fusing blend of reggae, R&B, dancehall and hip hop, talks about the song’s significance.

“My hope is that a little girl who doesn’t understand why a particular man is being so nice to her might hear a song like this and wonder ‘Hmm, I wonder if he’s trying to…’  because a lot of young girls are just not socialized into healthy relationships.”

She continues, “I think it’s very important to speak about these things. The history of our music was a medium for bringing information to the people, especially reggae music. We can have fun, listen to party and dance music and songs about love, but we still have real issues that need to be addressed too.”

A visual, directed by Dezignr Studios, will follow next week.

Lila Iké will continue to release new music throughout the year and is currently recording music for her anticipated debut album.

This October, she kicks off a mini Europe tour and will perform songs from her EP The Experience for the first time live.

Lila Iké has become one of the most sought-after musicians to emerge right now. Born in Manchester, Jamaica, the singer is gaining attention at home and abroad with her distinctive delivery, old-school sensibilities and modern-day swagger. She can freestyle and sing in the same breath. Her lyrics are razor sharp. Her cadence is bold. In May 2020, Lila Iké released her debut 5-track EP The ExPerience to critical acclaim via In.Digg.Nation Collective/RCA Records/Six Course.  In that year alone, she was nominated for Best Reggae Act at the 2020 British MOBO Awards, named one of 2020’s Most Interesting Artists via SPIN and selected for BBC 1xtra’s Hot For 2020 Artist list. Her song “I Spy” was also chosen as one of VICE‘s Best Songs for 2020.  She joined the late night stage on A Late Show #PlayatHome with Stephen Colbert with Protoje and performed on NPR Tiny Desk At Home, raking in over 2 million+ views. Before the global pandemic in 2019, Lila embarked on her very first solo tour throughout Europe and opened for Protoje on his U.S. tour. She has performed on international festival stages including Rototom Sunsplash (Spain),  Sole DXB Festival(Dubai), Reggae Sumfest in (Montego Bay, Jamaica) and BRIC’s Celebrate Brooklyn! (NYC, USA).

“to put it simply, the girl is a star.. the artist frames music as a form of escapism and expression she’s turned to all  her life.. Over seven tracks, Lila’s skill as both a singer and storyteller shines through — whether she’s  professing gratitude for her blessings on trap-inspired “Where I’m  Coming From” or claiming peace of mind on the idyllic “Solitude”,  each song feels personal but universally relatable, timeless yet  totally new.”