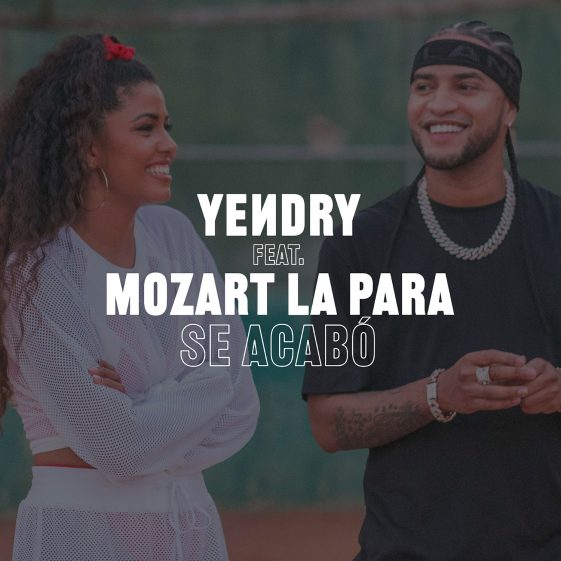 WATCH THE MINI-DOCUMENTARY ABOUT YEИDRY HERE

Video and Documentary Filmed in her Hometown of Herrera, Dominican Republic

What the press is saying about YEИDRY:

“The singer-songwriter is making a name for herself delivering eclectic music influenced by the different sounds and her bicultural experience.” – Billboard

“YEИDRY makes a vivid entrance into the pop arena…[her] vibe is magnetic.” Pitchfork

“Staying true to her eclectic roots, one that infuses sounds from her bicultural upbringing, she reclaims her divine power.” – Remezcla

“Between her wide range of influences and her undeniable talent, it is impossible to confine YEИDRY to any one genre.”  – Ones To Watch

“This song is about my previous relationship. I wrote it when everything was still apparently fine, but my subconscious was already sending me signs that something was breaking inside me. The relationship ended after a month. I wanted listeners to connect with the feeling I had that suddenly it was ending, but I couldn’t blame either of us for it. And obviously there is always a period of time when both people in a relationship try to text and fix things and still hang out together, but most of the time it’s just an illusion. When love ends, it’s almost impossible to revive it,” offers YEИDRY about the inspiration for “Se Acabó.”

Written by YEИDRY, Mozart La Para and Fuxbeat, “Se Acabó” is the follow up to her debut RCA/Sony Latin single “El Diablo,” which was received with overwhelming critical praise from Pitchfork, Refinery29, People en Español, Remezcla, Billboard, Ladygunn, Noisey’s “Next”, Univision, Telemundo and many more.

In addition, YEИDRY today released a deeply intimate mini documentary about her and her mother’s emotional and trying trajectory from Dominican Republic to Italy. The documentary reflects the reality of many immigrants who have had to make the incredibly painful sacrifice of leaving their children behind in order to provide a better future for their families. Filmed in her hometown, the documentary also includes behind the scenes of the filming of “Se Acabó.” The documentary premiered exclusively on THE FADER. WATCH IT HERE.

Stay tuned for YEИDRY’s VEVO DSCVR performance set to premiere on February 8th where she will be performing “El Diablo” and “Se Acabó.”

Watch/Listen to “Se Acabó” HERE and get to know YEИDRY.

YEИDRY aka Yendry Fiorentino released her debut solo single “Barrio” in 2019 instantly generating buzz from tastemakers and fans, alike. At the end of 2020, she performed her second single “Nena” for COLORS already amassing over 2.2 million views – WATCH IT HERE. She mixes Caribbean and European electronic sounds, fueled by her life experiences and lush powerful vocals. Her songs are inspired by the economic struggles that led her mother from Dominican Republic to Italy when she was a child. This sparked a period of self- exploration and challenges that shaped her both personally and musically.  She explains: “I realized that I could have a voice. To speak about what’s going on in this society and our culture. I think, as an artist, I would love to bring up taboo topics.”

YEИDRY has toured the UK with Sean Paul, has been featured by Rolling Stone Italy, Vogue Italy, Billboard Argentina, and Ones to Watch.