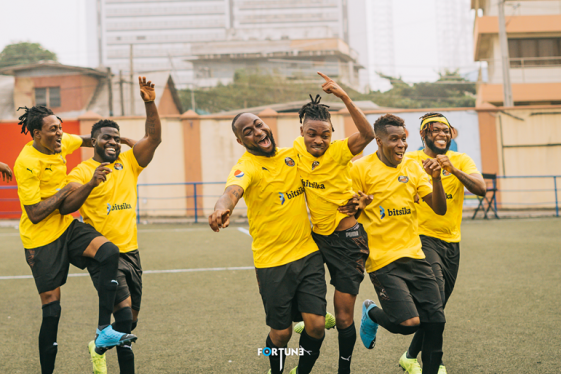 DAVIDO RELEASES THE VISUAL FOR “LA LA” FT. CKAY FROM HIS CRITICALLY-ACCLAIMED ALBUM A BETTER TIME

The video for “La La” sees Davido as captain of his soccer team 30BG playing against Boyfriend FC, a rival team headed by CKay, competing to win the Championship Final. Throughout the game, Davido is distracted by a mysterious, beautiful woman which only he can see. The visual is jam-packed with cameos from a host of Nigerian celebrities, including a special guest appearance from African football icon Jay Jay Okocha who plays the role of his team coach.

With the release of A Better Time, Davido cemented himself as one of the biggest artists in Africa. This album alone has accumulated over 500 million streams and the official videos have garnered nearly 60 million views. The album dominated the No. 1 position in the Apple Music charts across eight territories, including Nigeria, where it maintained this spot for four consecutive weeks. In February 2021, Davido was named as one of TIME’s 100 NEXT individuals who are shaping the future and received a NAACP Image Award nomination for “Outstanding International Song” for his track “Tanana” featuring Tiwa Savage.

Outside of his most recent project release, Davido continues to make waves in music – his video for “Fall” continues to break records by recently reaching 200 million views, making it the most watched Afrobeat music video online. With a discography attesting to over a billion global streams and 400 million video views, the Afrobeats star has established himself as a force to be reckoned with.

Born in Atlanta, Georgia and raised in Nigeria, 27-year-old Davido (real name David Adedeji Ad-eleke) has been a champion for the continent of Africa. He chose to chase his music dreams and whilst doing so earned over 30 awards including a MOBO for Best African Act, MTV EMA for Best International Act, three MTV Africa Music Awards, two BET Awards and two Nigerian Teen Choice Awards for “Top Featured Artist” and “Choice Male Artist.”