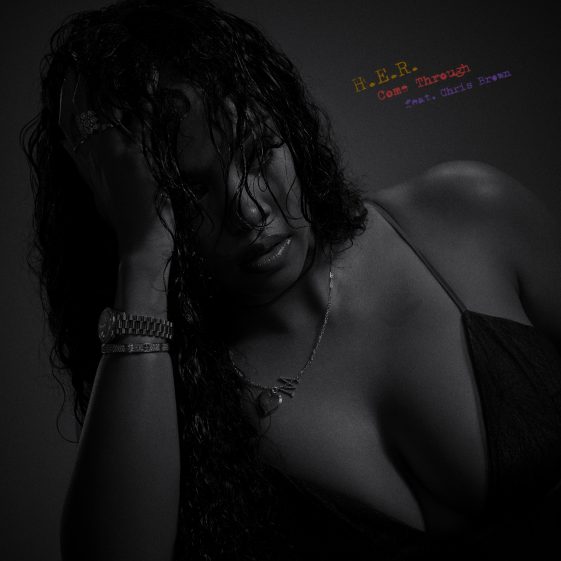 GRAMMY AWARD WINNERS H.E.R. AND CHRIS BROWNTEAM UP FOR NEW SINGLE “COME THROUGH”

NEW MUSIC FROM H.E.R.’S FORTHCOMING ALBUM BACK OF MY MIND

Click here to listen to the song Chris Brown declared “the song of the summer” via his Instagram weeks ago.

The release of “Come Through” kicks off an exciting weekend for young singer-songwriter-musician, further cementing her music versatility across multiple genres – from her #1 hit single “Damage,” to the powerful Grammy Award winning anthem “I Can’t Breathe” and inspirational duet “Hold Us Together” with Tauren Wells.

On Sunday, April 25, H.E.R. will perform her Oscar-nominated song “Fight For You” from Warner Bros. Pictures’ Judas and the Black Messiah on the Oscars: Into The Spotlight special airing on ABC at 6:30 p.m. ET/3:30 p.m. PT. H.E.R.’s Academy Awards nomination for Best Original Song came less than 12 hours of her winning the Song of the Year Grammy Award for her poignant protest anthem “I Can’t Breathe,” the first time – and possible the last time – this history-making feat will occur.

This is not the first time this chart-topping pair has collaborated. In 2018, H.E.R. joined Brown on his “Heartbreak on a Full Moon” tour and displayed her musicianship to sold-out audiences.  In 2019, H.E.R. collaborated with Brown on “Come Together” from his platinum selling, ninth studio album Indigo, which debuted at #1 on the Billboard 200 chart and featured the #1 hit single “No Guidance” featuring Drake. Brown recently broke his own record as his current single “Go Crazy” topped “No Guidance” as the longest running #1 song on Billboard’s R&B/Hip-Hop Airplay chart at 29 weeks and counting. Additional collabs include the DJ Envy remix of “Focus” feat. Brown and the “Slide Remix” featuring Brown, Pop Smoke & A Boogie Wit Da Hoodie.

Listen to “Come Through” featuring Chris Brown and stay tuned for more information on H.E.R.’s forthcoming album Back of My Mind.