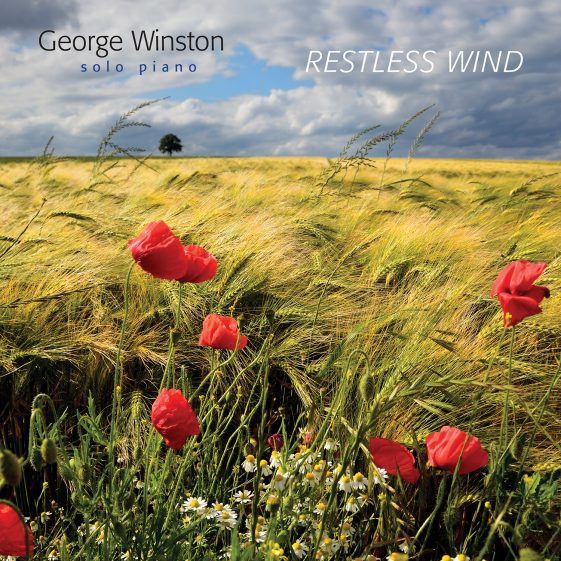 New Studio Album Restless Wind Out On May 3rd

“A true original with an inimitable style…”

“…a master of both tone and invention.”

[New York, NY –  April 11, 2019] – Today, celebrated pianist George Winston releases his new track “The Times Of Harvey Milk.” The track commemorates the 35th Anniversary of the film, The Times of Harvey Milk (1984). Winston reimagines composer Mark Isham’s cinematic soundtrack stunner “The Times of Harvey Milk” with his signature muted left-hand piano technique interspersed with a fearless chord progression. The track is on his forthcoming solo piano album, Restless Wind, that will be out on May 3rd via Dancing Cat Records/RCA Records. The album is available for pre-order – click here to pre-order now.

Click Here to buy/stream “The Times Of Harvey Milk.”

By virtue of his brilliance as one of the foremost instrumental composers of our time, Restless Wind presents a stunning journey documenting George Winston’s sociological observations in American history. Winston repurposes for the modern listener stunningly relevant works by musical greats such as Sam Cooke, The Doors, Stephen Stills, George & Ira Gershwin, Country Joe McDonald, and others. Restless Wind captures Winston’s inimitable melodic language where piano textures and tones set the stage for vivid renderings of classic compositions.

Winston says, “Ultimately, the main reason these 11 songs were chosen was how as instrumental pieces they worked well with each other in this sequence, the same way I have worked for all the albums I’ve recorded.”

George Winston is undeniably a household name. He’s inspired fans and musicians alike with his singular solo acoustic piano songs for more than 40 years while selling 15 million albums. A tireless road warrior playing nearly 100 concerts annually, live performance for Winston is akin to breathing. Winston’s music is evocative, offering us all a chance to take a step back from our perpetually busy lives and let our minds adventurously wander. Restless Wind is a portrayal of Winston’s place in a chaotic world – his compositions extend solace with an idiosyncratic grace.

George Winston’s classic albums, Autumn and December, are perennial favorites, along with Winter into Spring, Summer, 2017’s Spring Carousel – A Cancer Research Benefit, as well as two volumes of the compositions of Vince Guaraldi, two volumes of benefit albums for the Gulf Coast disasters, and six other solo piano albums.

George Winston is currently on a U.S. tour celebrating the release of Restless Wind throughout the East Coast, West Coast, and Midwest. Tickets are now on sale to the general public on GeorgeWinston.com/concerts.

Find below the track listing and upcoming tour dates.