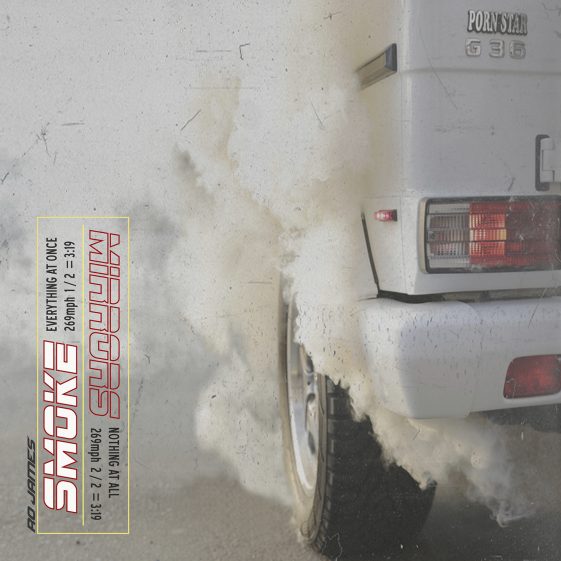 [March 23, 2018, New York, NY] Grammy-nominated singer/songwriter Ro James returns today with the release of his 4-track Smoke EP.  The EP is now available to purchase and stream at all digital service providers via ByStorm Entertainment/RCA Records. Smoke EP is the first of two EP installments, which will be released in anticipation for Ro’s sophomore album due out later this year. The second installment, entitled Mirrors EP is due out later this spring.

On the release of the EP, Ro James says: “Smoke is just the intro into the fire. Mirrors is about reflection and self. I’ve been away for a bit recalibrating, growing and learning. I’m ready to share again. Decided to drop an EP and warm it up a little while I finish off the album. Smoke & Mirrors.”

Born in Stuttgart, Germany to a military father turned preacher, Ro James found himself moving around for most of his childhood. From Indiana, California, Hawaii, Oklahoma to the place he now calls home, New York, music was always in the forefront of James’ life. His musical inspirations come from the sounds of Johnny Cash, Prince, Tupac, Jodeci, and more. Since his emergence in 2013, Ro James has worked with the likes of Snoop Dogg and Brenmar. That same year he also released an EP trilogy: Coke, Jack & Cadillacs, which received critical praise from outlets such as The FADER, The Source, VIBE, and HypeTrak. Since then James has been covered by outlets including NPR Music’s Tiny Desk Concert series, Interview Magazine, Rolling Stone, Us Weekly and more.

Noisey calls his music, “a subtle blend of smoothed out, soulful R&B…” and Billboard declares “James’ sound is reminiscent of the greats, think Prince meets D’Angelo…” Combining these influences with his journey, he has crafted his best work to date on ELDORADO. Released in May 2016, James’ debut album ELDORADO entered the charts at #3 on The Billboard R&B Albums Chart and #8 on the Top Hip-Hop/R&B Albums Chart.

James has toured with the likes of The Dream, Toni Braxton, K. Michelle, Erykah Badu and most recently with Maxwell and Mary J. Blige on their “King + Queens of Hearts” Tour in fall of 2016. He also embarked on his own headlining North American “XIX” Tour with dates in Europe in Amsterdam, London and Paris in early 2017.

With his official return and the release of his Smoke EP, Ro James is fortifying his place in music with soulful grit and impassioned vocals, all while continuing to share his journey along the way.