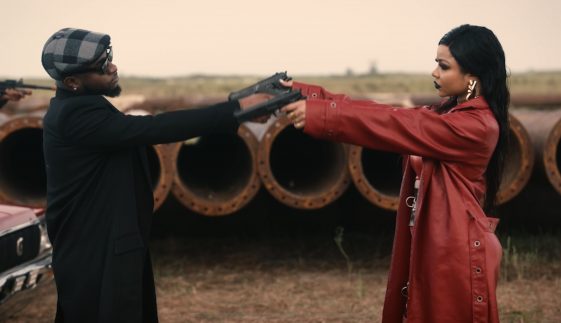 JOWO IS FEATURED ON HIS CRITICALLY-ACCLAIMED ALBUM A BETTER TIME

Directed by Dammy Twitch, the visuals for “Jowo” were shot in Lagos, Nigeria. Here, a twisted love story of two gang leaders played by Davido and Nigerian ‘Big Brother’ TV celebrity Rebecca Nengi Hampson is told. The gang leaders have been put up against each other by a brutally feared Godfather figure played by renowned Nollywood veteran Richard Mofe-Damijo. Will they be able to finish off the mission?

The visual release of “Jowo” continues a successful year for Davido. He made a victorious return to music with “FEM” – his first solo release of 2020 and the first single taken from A BETTER TIME which shot straight to the No.1 spot in the Apple Music charts in over 8 countries including Nigeria, where it held the top position for 4 weeks. “FEM” has since enjoyed over XM streams globally, viewed over 8m times on YouTube and reached #19 on US iTunes chart – the highest for an Afrobeats record in the United States.

Listen to A Better Time”: https://smarturl.it/ABetterTime