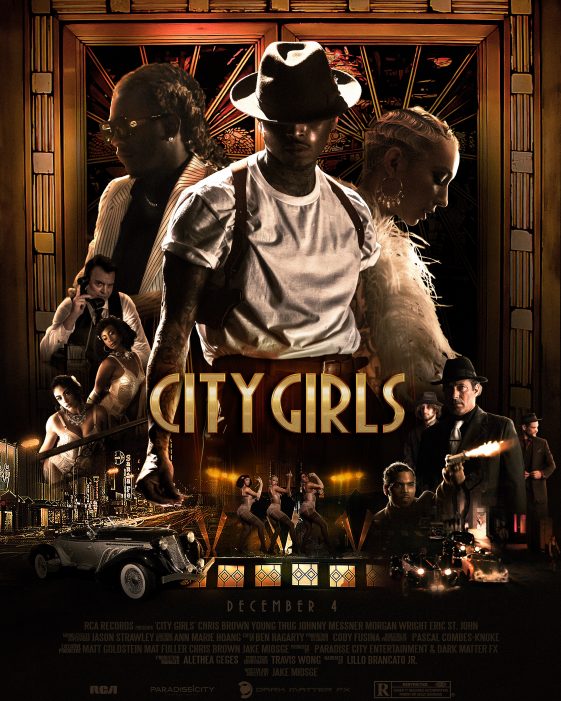 Directed by Brown’s longtime creative partner Jake Miosge, the short film takes the viewers through a visual journey of burlesque and mafia-ran establishments in Old Hollywood during the 1940’s. Narrated by Lillo Brancato Jr, who starred in A Bronx Tale with Robert De Niro, the video shows that Chris continues to stretch his creative muscles with acting and storytelling being at the forefront of his videos.

The most awarded entertainer at this year’s Soul Train Awards with four wins, Brown secured the Best R&B/Soul Male Artist honor, while the duo collected trophies for Song of the Year, Best Collaboration and Best Dance Performance for their hit song “Go Crazy” from Slime & B.

Slime & B has been streamed (audio and video) over 988 million times worldwide across all platforms since its May 5, 2020 release via RCA Records.