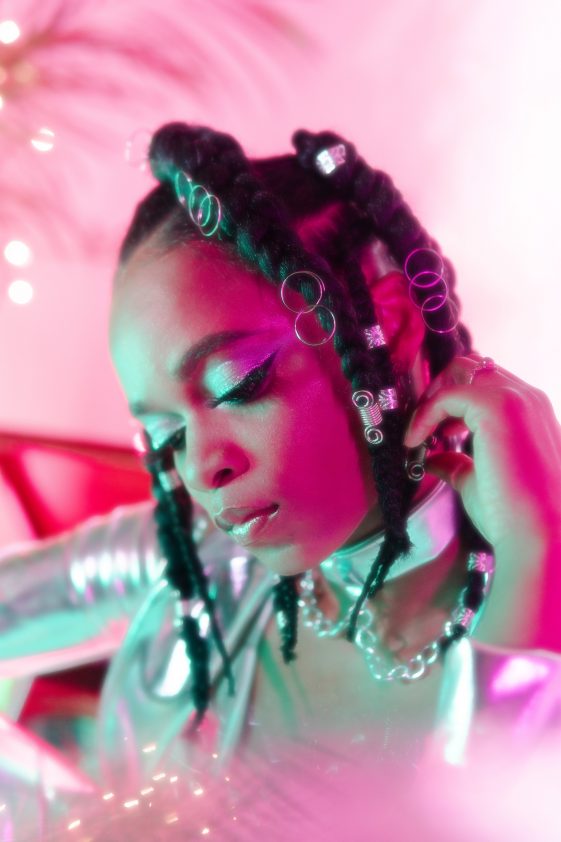 FROM HER DEBUT RELEASE THE EXPERIENCE OUT NOW

“Filled with fearless, confessional-style lyrics, the Phillip “Winta” James-produced track truly solidifies Ike as one of Jamaica’s rising stars through its use of classic dub motifs blended with elements of contemporary jazz, soul, R&B, reggaeton and rap. And though it’s easy to be instantly hypnotized, make no mistake that the song contains a much deeper and all-too-relatable meaning.” – PAPER

While The ExPerience is a perfect display of Lila Iké’s soul-stirring vocal range, her fearless songwriting also explores the blissful and heartbreaking nuances of relationships. “If everyday we ah-go fight, I think it’s best that you forget me,” admits Lila on the chorus. Producer Phillip “Winta” James (known for his work with Protoje, Mortimer, Nas & Damian “Jr. Gong” Marley) constructed a sparse instrumental on “Forget Me” using a classic bounce of high hat, kick drum, and snare that gives space for Lila’s passionate confession. At the climactic bridge of the song, Winta James adds trumpets evoking the flavor of Jamaican dub, followed by Lila’s rapid nonchalant flow in her island country’s traditional patois.

Since ascending in 2019 with a string of songs that fused contemporary reggae with elements of soul, hip-hop, and dancehall, Lila Iké has continued her atmospheric rise in 2020. She has earned critical acclaim from The New York Times, NPR, The Daily Beast, The FADER and NYLON as an artist to watch.

The spotlight shines brighter on Lila Iké as she pivots from Jamaica’s independent singing sensation to global superstardom guided by her natural talents, co-signed by In.Digg.Nation Collective, Six Course and RCA Records. Lila Iké’s endearing tone can be felt in every word she sings, displaying equal amounts of vulnerability and dominance in her signature vibrato. While her early hits are foundational elements of her debut, “Forget Me” is the latest thread from The ExPerience that continues to tread through the thick, potent smoke of introspection and intimacy.

Listen to The ExPerience EP: https://smarturl.it/xTheExperience