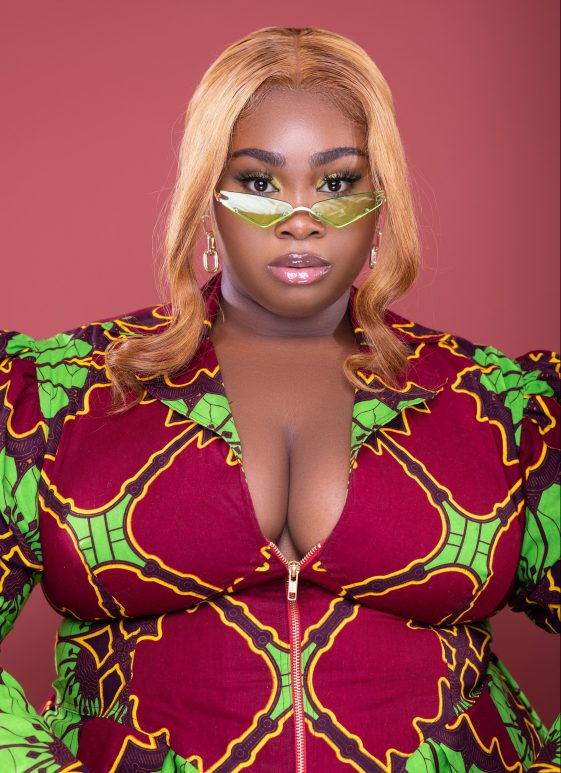 DEAL LAUNCHES WITH SIGNING OF NNENA

To kick off this partnership, Nnena, the first musical signing to Loud Robot, today releases a brand-new track and video for “Heart Moan,” the second track revealed from her forthcoming debut EP BIPOLAR AF, which is set for release on June 25th via Loud Robot/RCA Records.

Other new artist signings to Loud Robot/RCA Records will be announced soon.

John Fleckenstein, Chief Operating Officer of RCA Records stated, “Nnena is such a talent. Full of personality, stories and song. We are thrilled to announce her debut!  And I cannot imagine a more perfect debut to kick off our new partnership with Loud Robot. The combination of Bad Robot’s creative engine and storytelling prowess combined with RCA’s obsessive ears for the worlds brightest music talent offers an extremely potent mix. Brian Weinstein, McKee Floyd and Nicky Berger have already proven to be all-star partners and serious operators. Backed by the vision of J.J. Abrams and Katie McGrath, it is not hard to imagine the potential that lies ahead of this exciting new venture.”

Brian Weinstein, President and COO of Bad Robot, stated, “We are thrilled to collaborate with RCA’s Peter Edge, John Fleckenstein, and the entire RCA team. Their creative sensibility, business acumen, and industry leadership is unparalleled and we’re proud to call them our partners. Given the momentum that Loud Robot’s McKee Floyd and Nicky Berger have already generated alongside RCA, we are endlessly excited about the future of this new partnership.”

In a joint statement, McKee Floyd and Nicky Berger, Loud Robot co-General Managers, added, “RCA has supported our vision to sign creative, left-of-center artists, like Nnena, who might not traditionally see themselves signing to a major label. At her core, Nnena is a storyteller, channeling her experiences into songs, videos, and sketches that are at once relatable and wildly unique. We want Loud Robot/RCA to be the home for these artists to tell their stories through a host of mediums, centered around music.”

Nnena has scripted and produced comedic bite-sized sketches to post as companion pieces for each track from her forthcoming EP – Check out the one for “Heart Moan” HERE and for the previously released track “Rewind” HERE. Last month Nnena released a hilarious visualizer and stunning live performance video for lead track “Rewind” from her EP.

An incredible writer, lyricist, rapper and vocalist, bursting with effusive energy and a massive personality, the Cleveland native, born Nnena Adigwe to Nigerian parents, credits some of her robust, descriptive storytelling impulses to her past screenwriting experience. A former basketball player, Nnena began writing comedic sketches during college. That soon led to working on more full-fledged projects—the kinds of works that needed sound tracking. Rather than pay licensing fees, she tried her hand at making her own music.

Nnena has already received critical praise from Teen Vogue, Flood, BBC 1’s Annie Mac, Apple Music’s Ebro, and has been a sought-after songwriter for artists such as Beyoncé, Rihanna and Normani and has recently performed as the opening act for rising star Boogie, Mayorkun, and Trinidad James.

She explains making music for her is about telling stories that simultaneously define us and connect us to others. “I want my music to elicit the truth and make the listener feel comfortable. I want people not to feel alone and I never want my music to leave anyone out.”

In the music and visuals that she creates, she shares stories, scenarios, debacles and personal experiences with a warmth, humor, and finesse that almost make you forget how hard life can be. “I’ll make the worst situations funny.”

Nnena also finds inspiration for her music from the female experience: “My music is what other females wish they could say out loud, but I do it for them in a song.”

Her music reflects her eclectic influences ranging from Otis Redding to Millie Jackson, from Queen Latifah to Miriam Makeba to Kendrick Lamar and especially  “Lauryn Hill, she molded me the most,” along with other neo-soul genre artists Musiq Soulchild and Jill Scott, as well from Drake, J. Cole, to Tiwa Savage.

Bad Robot was formed by filmmaker J.J. Abrams in 2001. The company has produced television series such as Alias, Lost, Fringe, Person of Interest, Castle Rock, Westworld, Lovecraft Country and Little Voice; feature films such as SUPER 8, STAR WARS: THE FORCE AWAKENS and STAR WARS: RISE OF SKYWALKER, the STAR TREK, MISSION: IMPOSSIBLE and CLOVERFIELD franchises; and interactive content including the mobile app Action Movie FX. Bad Robot’s first foray into publishing, S., a novel conceived by Abrams and written by Doug Dorst, was a New York Times Best Seller. In 2018, the company launched Loud Robot, an artist-friendly independent music label, and Bad Robot Games, a new entity dedicated to developing large and indie-scale original games for mobile, PC and console. Bad Robot is based in Santa Monica and can be followed at twitter.com/bad_robot and instagram.com/bad_robot.

Since its inception in 1900, RCA Records, the second oldest label in American history, has been home to some of the most iconic music artists of all-time celebrating music across all genres.  The label has a rich, storied history, which is earmarked by artists continually pushing their artistic boundaries and shaping the cultural landscape.