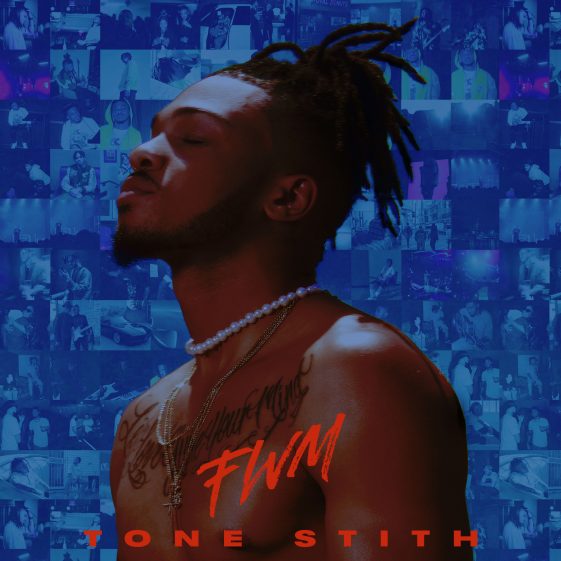 Watch the video for “FWM” HERE.

His first release since 2018, the nine-track project – where Tone is the lead credited songwriter for every track – is strong return to the music scene. It displays his smooth vocals and honest lyrics while immersing you into the world of R&B with hints of pop and hip-hop. Whether you enjoy the up-tempo, hypnotic beat found on “FWM” or a slow-burn number like “Devotion” that showcases Tone’s falsetto, his new project has a song with vibes everyone can relate to. The features on FWM include Grammy winner H.E.R., Lonr. and Kiana Ledé.

Tone on the creative process for his project FWM: “This was one of the best creative times for me. Every day was a different day. I worked with a different writer and producer every day and whatever we made was a VIBE! It will be different than any body of work I put out before.”

Over a few short years, Stith has secured his quadruple-threat status in the entertainment industry. Not only can he play various instruments such as drums, piano and guitar, but as a songwriter, Tone has penned numerous chart-topping hits, including Chris Brown’s “Liquor,” “Make Love” and “Undecided.” Although he has many accolades collaborating with others, Stith’s solo music allows him to shine the brightest with his incomparable falsetto, which he displayed live while on H.E.R.’s I Used To Know Her Tour.

Keep Up With Tone Stith:

Jersey-born R&B singer, songwriter, producer and multi-instrumentalist (drums, guitar & piano) Tone Stith released his debut project Can We Talk in 2017, which garnered attention and rave reviews from the likes of Complex, Billboard, HipHopDX among others, and eventually led to his signing with RCA Records. Stith’s follow up EP Good Company included features from Swae Lee and Quavo on the title track and production from Stith, Bongo ByTheWay (Ty Dolla $ign, 50 Cent), The Audibles (Justin Bieber, Chris Brown), Marcos “Kosine” Palacios (Ella Mai, Christina Aguilera) and THE PRBLM SLVRS. Tone also opened for H.E.R. in 2018 on her I Used To Know Her Tour and more recently released the singles “Devotion,” “FWM” and “Like The First Time” along with live versions of the first two. All three tracks are on his new project FWM out now.